Philip Seymour Hoffman is died at 46 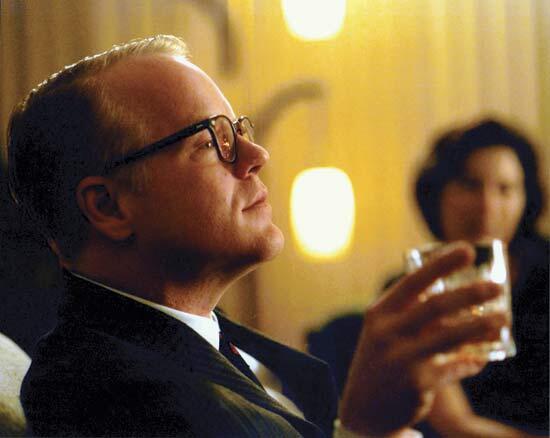 Philip Seymour Hoffman, one of the leading actors of his generation, who won an Academy Award for his title role in the film Capote, was found dead in his Manhattan apartment on Sunday in what a New York police source described as an apparent drug overdose.

Hoffman, 46, was found unresponsive on the bathroom floor of his Greenwich Village apartment by police responding to a 911 call, and Emergency Medical Service workers declared him dead on the scene, New York City police said in a statement. An investigation was ongoing.

Film and stage actor and theater director Philip Seymour Hoffman was born in the Rochester, New York, suburb of Fairport on July 23, 1967. After becoming involved in high school theatrics, he attended New York University’s Tisch School of the Arts, graduating with a B.F.A. degree in Drama in 1989. He made his feature film debut in the indie production Triple Bogey on a Par Five Hole (1991) as Phil Hoffman, and his first role in a major release came the next year in My New Gun (1992). While he had supporting roles in some other major productions, his breakthrough role came in Paul Thomas Anderson‘s Boogie Nights – L’altra Hollywood (1997). He quickly became an icon of indie cinema, establishing a reputation as one of the screen’s finest actors, in a variety of supporting and second leads in indie and major features, including Todd Solondz‘sHappiness (1998), Flawless – Senza difetti (1999), Il talento di Mr. Ripley (1999), Paul Thomas Anderson‘s Magnolia (1999), Quasi famosi (2000) and Hollywood, Vermont(2000). He also appeared in supporting roles in such mainstream, big-budget features asRed Dragon (2002), Ritorno a Cold Mountain (2003) and the upcoming Mission: Impossible III (2006).

Hoffman is also quite active on the stage. On Broadway, he has earned two Tony nominations, as Best Actor (Play) in 2000 for a revival of Sam Shepard‘s “True West” and as Best Actor (Featured Role – Play) in 2003 for a revival of Eugene O’Neill (I)’s “Long Day’s Journey into Night”. His other acting credits in the New York theater include “The Seagull” (directed by Mike Nichols for The New York Shakespeare Festival), “Defying Gravity”, “The Merchant of Venice” (directed by Peter Sellars), “Shopping and F*@%ing” and “The Author’s Voice” (Drama Desk nomination). He is the Co-Artistic Director of the LAByrinth Theater Company in New York, for which he directed “Our Lady of 121st Street” by Stephen Adly Guirgis. He also has directed “In Arabia, We’d All Be Kings” and “Jesus Hopped the A Train” by Guirgis for LAByrinth, and “The Glory of Living” by Rebecca Gilman at the Manhattan Class Company.

Hoffman consolidated his reputation as one of the finest actors under the age of 40 with his turn in the title role of Truman Capote – A sangue freddo (2005), for which he won the Los Angeles Film Critics Award as Best Actor. In 2006, he was awarded the Best Actor Oscar for the same role.

Philip Seymour Hoffman ‘Actors are responsible to the people we play. My passion to develop as an actor didn’t have anything to do with people knowing me. I had no idea that would happen. To become famous, to become a celebrity is something that I thought happened to other people.’

[on Truman Capote – A sangue freddo (2005)] I knew that it would be great, but I still took the role kicking and screaming. Playing Capote took a lot of concentration. I prepared for four and a half months. I read and listened to his voice and watched videos of him on TV. Sometimes being an actor is like being some kind of detective where you’re on the search for a secret that will unlock the character. With Capote, the part required me to be a little unbalanced, and that wasn’t really good for my mental health. It was also a technically difficult part. Because I was holding my body in a way it doesn’t want to be held and because I was speaking in a voice that my vocal cords did not want to do, I had to stay in character all day. Otherwise, I would give my body the chance to bail on me.

[on ‘The Master’] L. Ron Hubbard is the reference, but it isn’t L. Ron Hubbard. There are things he does that are referenced in Hubbard’s life, but ultimately there is no adherence to that fact. We took liberties because he is a fictional character.

(On quitting drinking at age 22) I think I would have drank myself to death, literally, if I didn’t just stop, once and for all when I did. I am not ever going to preach to anyone about drugs or drinking. But, for me, when they were around, I had no self control.

In May 2013, Hoffman announced that he checked into substance abuse treatment center because he had recently started snorting heroin.

Hoffman’s family has issued a statement: ‘We are devastated by the loss of our beloved Phil and appreciate the outpouring of love and support we have received from everyone. This is a tragic and sudden loss and we ask that you respect our privacy during this time of grieving. Please keep Phil in your thoughts and prayers.’