Will Wave Of Action Become Nightmare For The 1%?

Note: We don’t view te #WaveOfAction as a potential last gasp of Occupy.  It is one more series of protests and resistance efforts that will continue no matter how large the #WaveOfAction protests are.  It is up to the people how large the protests are, how creative and how effective.  This is part of the process of building a mass movement — a movement that is much more than the occupy encampments were.

What will prove to be either the last gasp of the Occupy Movement, or its Renaissance as a social powerhouse, will lie in the success and its embrace of a highly-publicized #WaveOfAction which launches a major 90-day program of protest and resistance on April 4.

So, what is the purpose of this ambitious campaign, who is behind it, and what can we expect of it – and of ourselves?  The purpose is stated on its website and is quite clear.

We are a Movement of Movements

During this three-month cycle, people throughout the world will be protesting corruption, rallying around solutions and taking part in alternative systems. The new paradigm will be on full display.

Studies have proven that it only takes 3.5% of the population taking nonviolent action to create meaningful and positive change. The #WaveOfAction gives all of us who want change a powerful opportunity to #EvolveSociety.

Change-makers all over the world will be engaged at the same time in an unprecedented wave of transformation.”

I confess that I can’t say that I have figured that out.  It appears to be nobody.  Or, perhaps everybody.  Or, a coterie of patriots/anarchists/misfits who – such as when Zuccotti Park came to be occupied – are taking it upon themselves to rekindle that Occupy fire.

Word has it that #OWS #Anon and its allies put out a call to action for a World Wide Wave of creative community coordination and collaboration this winter.  There were two organizing conference calls prior to April 4.  One on March 25, and the other on April 2.  (David Degrawis one of the facilitators)

Whoever started it, it can be said that occupiers around the world are standing with it, and many called in to declare that support and to announce events they were planning locally.

But, they are coming up against a very familiar foe – themselves.

Anyone familiar with Occupy knows that it is rife with the usual suspects:  gripers, snipers and full-blown trolls whose only purpose seems to be that of making sure that “solidarity” will never be had.  “How dare (someone/something) do/be (provide the offense).”  Everything is suspect, and anyone taking a lead roll is to be suspected.

Whether or not this will affect the success of #WaveOfAction will not be known for some time, but the offenders are being put on notice.  Activist and creater of Occu-Evolve,Sumumba Sobukwe, had this to say:

“The Irony of those complaining about this ‘Wave of Action’ is that it will only be a failure if they continue to find fault with EVERYTHING that ‘reeks’ of coordination that might make people move beyond facebook, twitter and other social media ‘activism’ as well as their own silos of causes and interests to actually go out and organize with others in the streets.”

He continues, “When did an ‘occupy’ action ever draw more than a few hundred people that didn’t have unions, grassroots or other groups involved? Who are we fooling here? Occupy has ALWAYS been made up of different groups and individuals, and that’s where the concept of the ’99%’ came closest to being real or at least unifying in theory.”

So, in addition to proving Pogo’s theorem, “We have met the enemy, and they are us,” what other odds militate against the campaign having any major effect?  Let me count the ways:

1. A largely indifferent press.  Activists deride the “MainStream Media” for not paying attention to even the largest of its protests and greatest of its triumphs.  Occupy is hardly alone.  Last year’s March Against Monsanto which attracted a half-million marchers or more worldwide did not find its way into print or broadcast in any meaningful way. (P.S.  Occupy folk helped make that march happen, as well).

So, I leave it to you, the reader.  Will this be a “Wave,” or a “Wave Goodbye” on the part of Occupy and its brother and sister causes?  Will you listen to the detractors within and the enemies without and surrender to the impossible forces against you?

Or, will you take comfort in your own, amazing numbers and brilliance and continue to fight the good fight as so many have before you in America’s history. You are the dream that Martin referred to, and the nightmare that the 1% are waking up to.

When you realize that, the others in the 3.5% of the population will as well.  Won’t that be exciting. 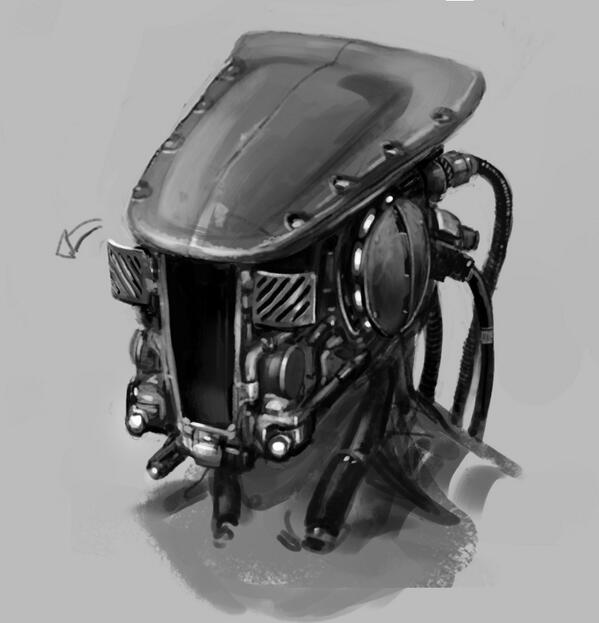 Learn to make movie-quality Sci-Fi armor with STAR WARS artist Fon Davis. Whether you’re a creature creator, cosplayer or casual hobbyist, this 3-week interactive online course will teach you everything you need to know to create mind-blowing, wearable art, including:

In his two decade career, Fon Davis has worked on over 30 feature films. As a alumnus of the Industrial Light and Magic Model Shop, Fon has worked on features such as STAR WARS, PEARL HARBOR, STARSHIP TROOPERS, GALAXAY QUEST III, MISSION IMPOSSIBLE III and THE MATRIX series.

In addition to his work in visual effects, Fon has also worked in Disney’s art departments as a concept designer/model maker, and on several stop motion projects including THE NIGHTMARE BEFORE CHRISTMAS and CORALINE.

More recently, Fon was the Miniatures Supervisor on Neill Blomkamp’s, ELYSIUM. Having started Fonco Creative Services in 2000 and later merging with New Deal Studios, Fon also writes and develops his own projects, frequently using his CG skills alongside practical model making. With his vast experience, Fon is well-placed to discuss the art and craft of model making for cinema, from concept design to hybrid practical and cgi effects, with a particular expertise in knowing where models and miniatures can play a role in today’s digital world.

New this year at VIEW Conference!

New this year at VIEW Conference!

It’s your chance to narrate our VIEW story through a comic. You can choose any of the following years on which to base your comic 2010, 2011, 2012 or 2013. Use our website to get the materials you need to weave your comic about VIEW Conference. (Deadline August 31, 2014)

VIEW 2014, from 15th to 18th October in Torino, will continue to focus on exploring the increasingly fluid boundary between real and digital worlds. Through lectures, meetings, tributes, exhibits, screenings and demo presentations VIEW will reveal the new digital frontier sweeping from cinema to architecture, from automotive design to advertisement, from medicine to videogames.

Now that you’ve seen The People REVOLT in Tunisia, Turkey, Spain, Egypt, Brazil and the Ukraine, tell me what will happen on the streets

On April 4th, we will launch the first phase of the Worldwide Wave of Action by gathering at Zuccotti Park and former occupation sites throughout the world to honor the legacy of Dr. Martin Luther King, Jr.  At 6:05pm CT, the time of his assassination, we will host vigil ceremonies and resurrect his spirit of nonviolent direct action.

People with opinions across the political spectrum are invited to unite and find common ground against corruption. We will overcome divide and conquer propaganda by forming communities of support and compassion. Together we will fight for freedom and begin engaging in a relentless campaign of nonviolent civil disobedience. People will pledge to take part in whatever tactics they are interested in throughout a sustained three-month cycle.  Here’s a basic list of tactics…

You know what you can do to play a part. Do whatever you feel inspired to do. Amplify what you are already doing. Think about what you are willing to do to be the change we urgently need to see in the world, and then do it.

We look forward to seeing you in action!

What Difference Does It Make? A Film About Making Music

In celebration of its 15th anniversary, Red Bull Music Academy has teamed up with award-winning director Ralf Schmerberg to create a full-length feature film. What Difference Does It Make? A Film About Making Music includes Brian Eno, Lee ‘Scratch’ Perry, Giorgio Moroder, Nile Rodgers, Richie Hawtin, James Murphy and many more talking about the ups and downs of a life devoted to music.

Shot at the 2013 Red Bull Music Academy in New York and produced by Schmerberg’s Berlin-based artist collective Mindpirates, the film focuses in on the creative process – but ends up asking questions about life itself. Following the young artists attending the Academy as well as featuring talking head interviews with musicians who have seen the twists and turns of the music industry, What Difference Does It Make? A Film About Making Music is full of (direct and indirect) insights.

After premiering on February 17 in more than 60 cities across the globe, we’ve made What Difference Does It Make? A Film About Making Music available for free, in full. Check it out below. You can also grab the free download either here (SD) or here (HD).